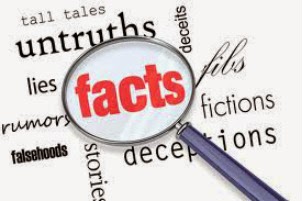 The United States Department of Justice's own data on re-offense, along with data from many states, shows that sex offenders have the lowest re-offense rate of any type of offense. Please see the results of a 2012 study entitled The Risk of Recidivism among Sex Offenders is Remarkably Low.

Myth - Children are at risk from strangers - FALSE

97% of all sex offenses against a child are committed by a parent, relative, or person known to the child. Please see Facts and Fiction about Sex Offenders.

Many public officials have made this claim, and several cities in Orange County, including the County itself, have passed laws prohibiting sex offenders from entering parks. The actual data, however, shows that this myth is simply not true. The City of Los Alamitos, for example, passed such a law even though there was no identified problem (the law was justified out of an unfounded fear that sex offenders from other cities might come to parks in Los Alamitos, please see Los Alamitos approves ban on sex offenders in city parks).

On December 4, 2012, the City of Lake Forest was the first city in Orange County to repeal their sex offender restriction law, "saying the city can't afford the potential legal liability of the controversial law" (Los Angeles Times, December 5, 2012).

Several legal experts and judges have maintained that such restrictions violate several constitutional principles including, but not limited to, due process, the right to travel, ex post facto, and are a form of banishment that was held to be cruel and unusual punishment by the Ninth Circuit in Dear Wing Jung v. United States, 312 F.2d 73 (9th Cir. 1962) (see footnote 85 in "An Era of Human Zoning": Banishing Sex Offenders From Communities Through Residence And Work Restrictions).

Email ThisBlogThis!Share to TwitterShare to FacebookShare to Pinterest
Labels: The Truth About Sex Offenders