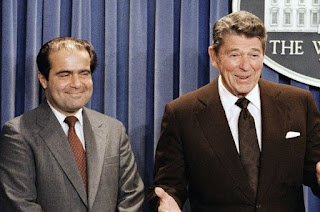 In nearly 3 decades on the Supreme Court, Scalia became famous for his dissents. This sparked an ongoing debate over how the courts should interpret the Constitution. Scalia took a hard stand against issues such as abortion, gay rights, affirmative action and religion.

"He was a fundamentalist in both his faith and his constitutional interpretation"
- former Solicitor General, Paul Clement

Scalia naturally sparked many heated debates, often resulting in extreme rhetoric that became counterproductive for both sides. Despite public opinion, Scalia stood consistent in his beliefs and his interpretation of the Constitution. No matter what was happening in the nation, Scalia was always clear about where he stood.

As a Nation, we have enough on our plate with the election coming up. Scalia’s death will only intensify all the extreme rhetoric we've been hearing since last summer. The President is going to nominate his replacement but the Republican majority U.S. Senate has to "advise and consent".  The Senate majority is going to want to stall until after the election and then have the new President withdraw the nomination of whomever Obama nominates and submit another nomination.

"Advise and consent" is the language in the Constitution referring to the Senate's role when the President nominates someone to the U.S. Supreme Court. 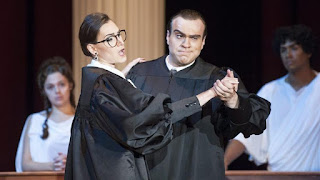 Scalia was a good man and a brilliant justice but he was also very, very conservative. He believed the Constitution should be interpreted through the meaning of the language used when it was written and modern usage should play no role. He was always "tough on crime" but very collegial.  Scalia’s unlikely friendship with Justice Ruth Bader Ginsburg was a great example. Despite their standing as the intellectual giants of the left and right, Ginsburg and Scalia had formed an uncommon bond on a court where close friendships outside of chambers is rare.


"In an era of endlessly raging culture wars,
tolerance has become something of a lost art. Instead,
we dig in our heels and declare sides."

With the passing of Justice Scalia, the upcoming elections will now be more polarized than they already are. Voters are not just fighting for a president but also for control of the U.S. Senate and Supreme Court. Democrats have the best chance in years to retake the chamber, because 24 Republican incumbents are up for reelection. In an era of congressional gridlock, Democrats believe that an Obama nominee could rebalance the court. However, the Republicans are ready to fight to the death to protect the conservative principles which they believe this Country is founded upon. With the GOP's pledge to thwart any Obama nominee, the Supreme Court will become one of the major issues in this presidential race. Hopefully, both Democrats and Republicans will remember the example of the collegiality set by Justice Scalia and Justice Ginsburg and temper their differences with respect for one another. For that is the lubricant which permits the workings of democracy to operate smoothly.